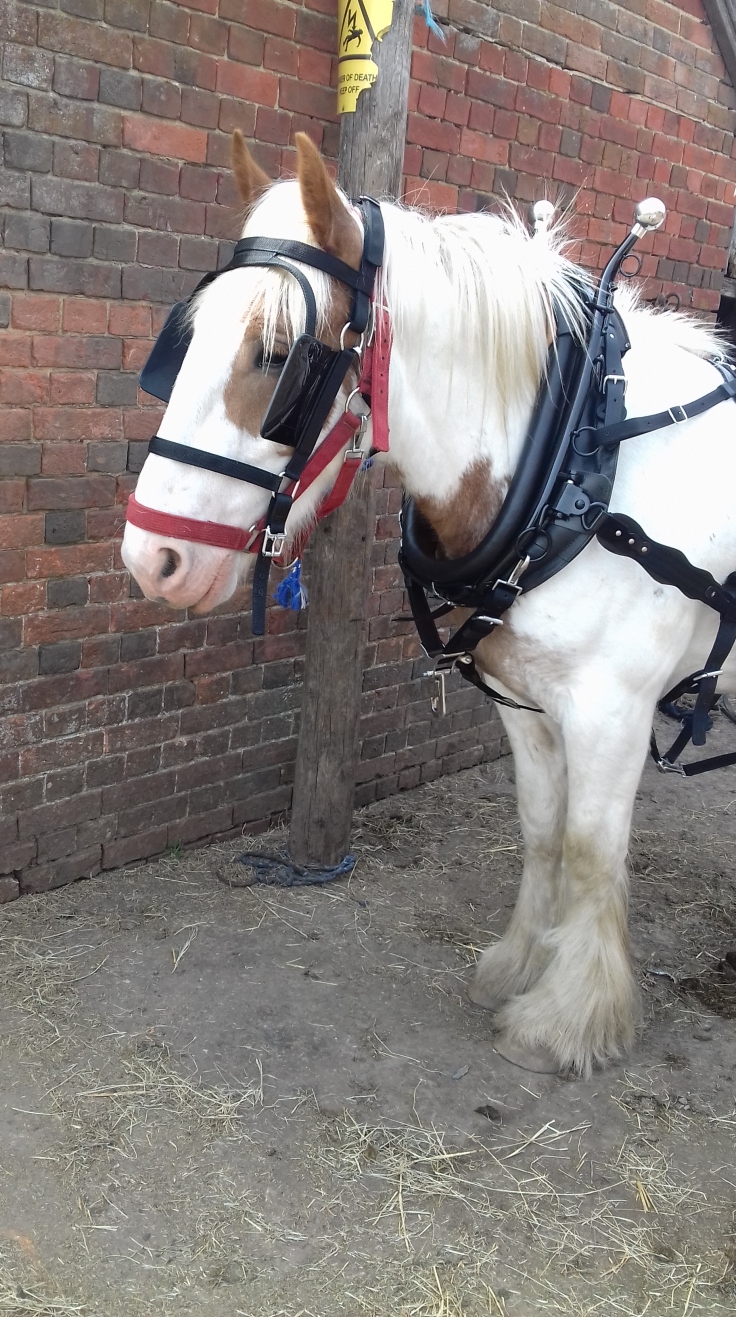 Ed is our first farm animal if you don’t count The Ungardeners and their “help”. He’s a small draft cob with great big feet like Pan from Pan’s Labyrinth, and he will be helping is with harrowing and mowing and general pulling things about the farm. As we’re trying to avoid using fossil fuels as much as we can, Ed is the closest thing we have to a tractor. He will also be adding his contribution to the compost!

Ed has been trained by Robert Sampson at Sampson Percherons at Harbridge Farm in Ringwood (Ed is NOT a Percheron, he is tiny-smoll!) and we’d like to thank Robert and Barbara Sampson and also Sarah from South Wales Horsebox Hire for helping us to get him home. (Edit: and also Blue Horse Equine for kitting him out with harness and a harrow – Roz)

More pictures and video of Ed coming soon – apparently he already has adoring fans wanting to know about his progress so I think he will be one of the stars of the farm!